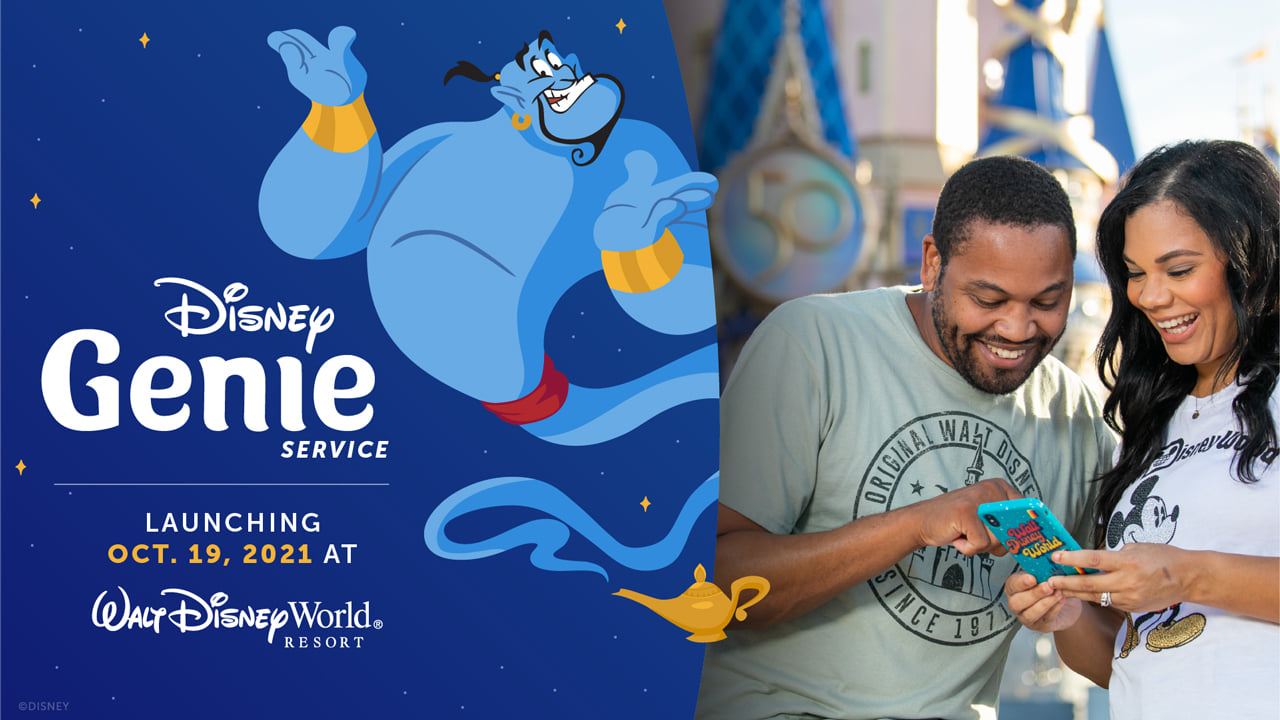 GENIE+ IS ONE STEP CLOSER TO LAUNCH

As a reminder, when the parks reopened in 2020, they did so without FastPass+. At that time, Disney stated that it was necessary to reopen with Standby Lines only to accommodate the required physical distancing in the queues. But, when the physical distancing went away, FastPass+ did not return, leaving guests wondering what was next.

To be fair, this new service was announced back in 2020, so it shouldn’t have been a huge surprise when Disney dropped the news that they were ready to roll it out.

But after years and years of a complimentary skip-the-line service with both FastPass and the later FastPass+, it still came as a bit of a shock to learn that the free service was being replaced with something that would require a daily fee if you wanted to use it.

HOW MUCH WILL THE INDIVIDUAL LIGHTNING LANE SELECTIONS COST?

The other news that came out today was some sample pricing for the Individual Lightning Lane Selections.

We already knew the pricing would be dynamic and fluctuate based upon time of the year. But, here are some real-world examples that Disney has shared:

Prices will vary by date, attraction and park. For example, the Lightning Lane entrance to Remy’s Ratatouille Adventure will be $9 per person on October 19 and $11 per person on October 23. As another example, on both those dates, Lightning Lane entrance to Expedition Everest – Legend of the Forbidden Mountain will be $7 per person, while Star Wars: Rise of the Resistance will be $15 per person. Throughout the year, prices may be lower on some days and higher on other days. This option may be purchased at up to 2 different attractions each day.

And, you don’t have to purchase Genie+ to purchase the individual Lightning Lane Selections.

But, this is important:

You can’t cancel or get refunds for Individual Lightning Lane selections. Once you purchase them, that’s it. No canceling. No modifying.

As for Genie+ Lightning Lane Selections, those can be modified or swapped out with different attractions throughout the day.

In addition to the long awaited pricing examples for the Individual Lightning Lane Selections (seriously, we need a better name for those), Disney also gave us some more spin on the basic Disney Genie.

Here’s some more on what to expect when it rolls out on October 19:

You’ll receive attraction and dining recommendations inspired in part by what you told Disney Genie service you’re most interested in doing. It even displays a good time to go to an experience and an idea of the forecasted wait. Need to swap a recommendation out? No problem. Like many popular navigation apps, Disney Genie will continue to offer new suggestions throughout the day, so you can make the most of your time during your visit.

Your “My Day” tab is where you’ll find Disney Genie recommendations and any plans you’ve made, including dining reservations, Disney Resort hotel reservations and activity bookings. You’ll also be able to virtually chat with a Cast Member who can help answer any questions that arise.

A Custom Tip Board

This new feature will let you see estimated wait times for your top attractions, entertainment and dining. You’ll also be able to order food, make dining reservations, check into a restaurant, request to join an available virtual queue (currently at Remy’s Ratatouille Adventure), and even book arrival times for our new Lightning Lane entrance at select experiences if you’ve purchased Disney Genie+ service.

While that may sound fantastic, we are still hesitant to get too excited about the basic Disney Genie service. Our fear stems from the fact that Disney may try to guide you towards restaurants and attractions with low waits, and not necessarily towards the best of the best the parks have to offer.

In some instances, going towards the places with low waits makes a lot of sense. You’re tired. Your kids are tired. You just want a cupcake or to hop on a ride with air conditioning.

But, the fact is, there are definitely attractions and places to eat that are better than others. And, if you are taking a once-in-a-lifetime trip, it would be nice to spend the majority of your time visiting those rather than dining on less-then-stellar food or on attractions that are skip-worthy.